SC Innovation are providing two support vehicles for the BLOODHOUND SSC project.  This project is a 1000mph world land speed record attempt to inspire the next generation to enjoy, explore and get involved in science, technology, engineering and mathematics.

Our team will be on site for the official record breaking attempt in South Africa.  Much of this work is being carried out on a voluntary basis by our engineers.

“On behalf of the Bloodhound SSC, and Thrust SSC, I would like to pay our respects and thanks to Nick Jones and [SC Group] for their very special faith in us and their support for the projects.”

In 1997, Supacat, the original parent company to SC Innovation, provided the support vessel to Thrust SSC project.  This project successfully set the current land speed record.  The Thrust SSC vehicle was the first land vehicle to officially break the sound barrier.  The support vessel provided by Supacat was based on the military All Terrain Mobile Platform (ATMP).  It had fire fighting capabilities and an attachment to manoeuvre the vehicle.

“I can vouch for the high flexibility and sheer all-terrain utility of the Supacats.  Apart from their refuelling and fire-fighting capabilities (which by the way are mission critical), the Supacats are indispensable in flooded terrain.  This we found to our huge relief when the desert in Jordan comprehensively flooded, and in Black Rock when we towed Spirit of America and its trailer out of the mud. To put it simply, no Supacat = no jet car operation = no record! Finally, the best kit in the world is little use without the supplier’s people behind it.  So thank you” 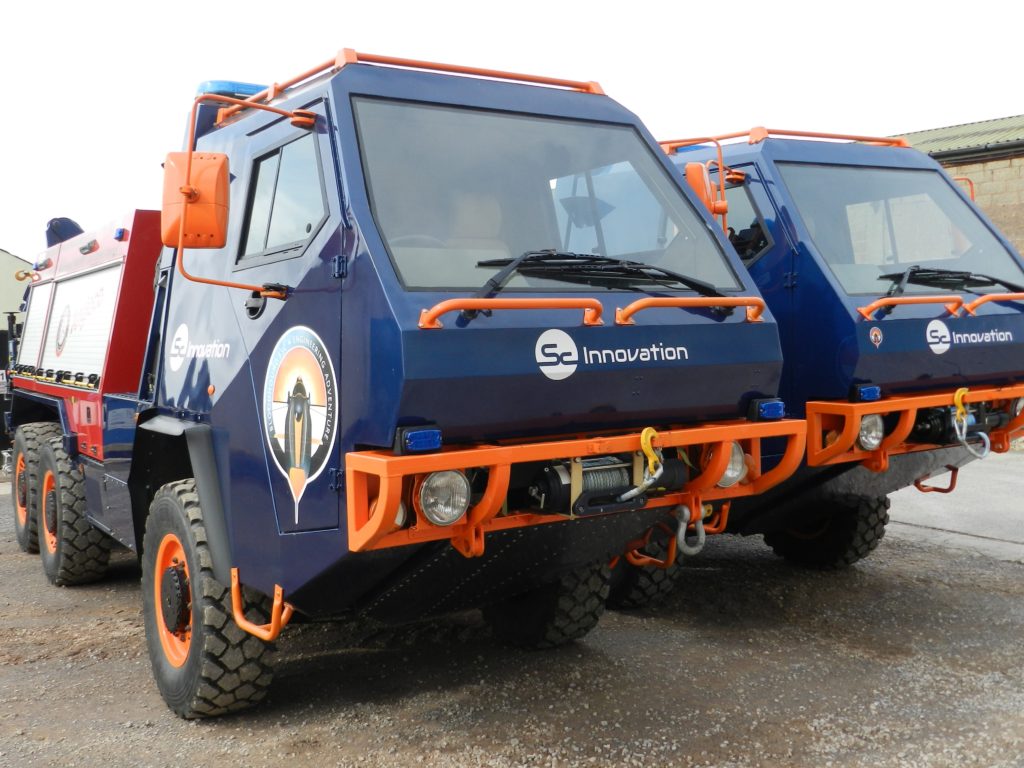 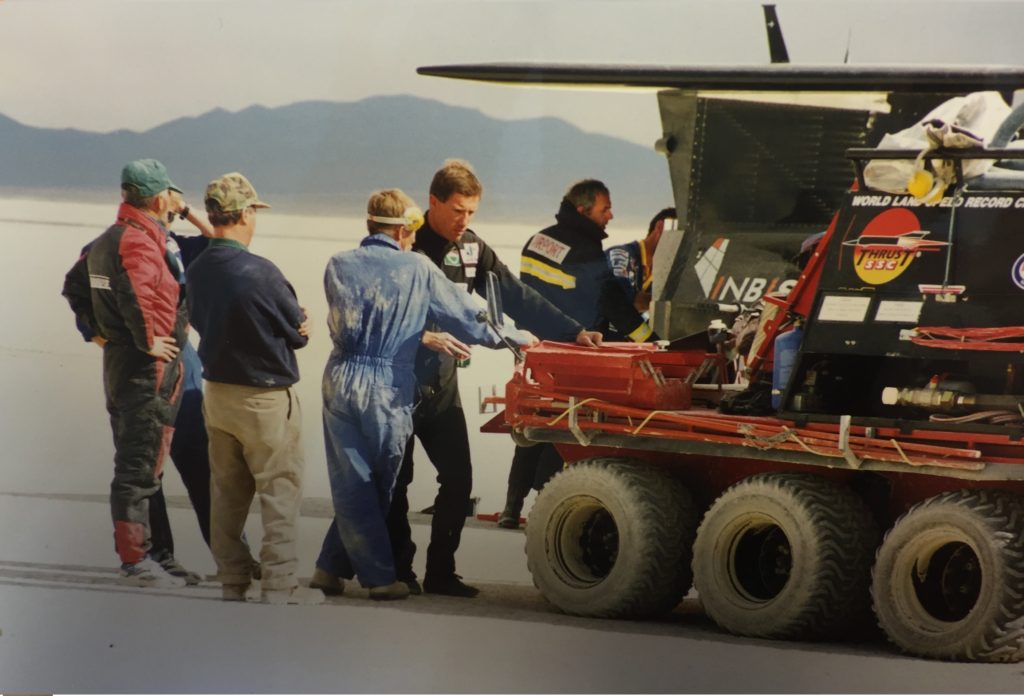